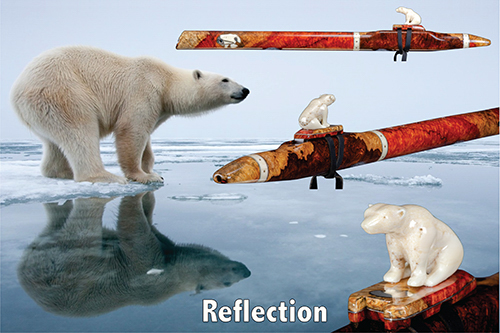 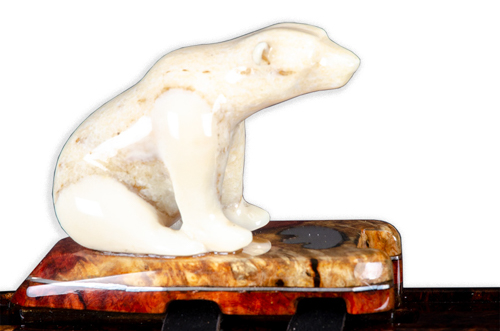 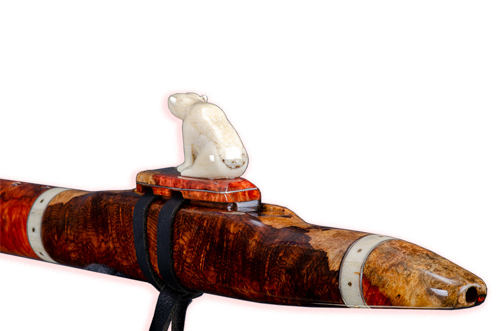 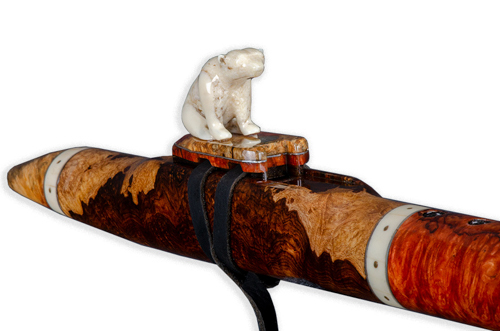 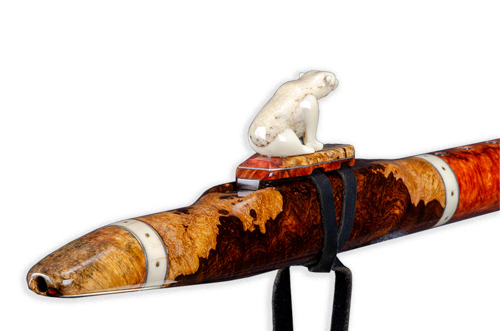 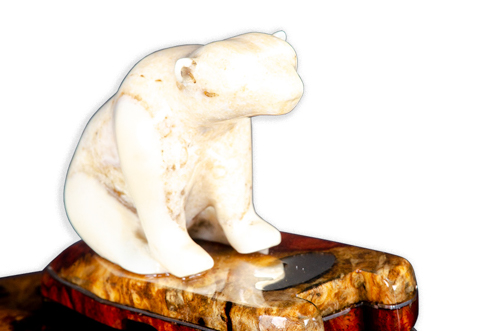 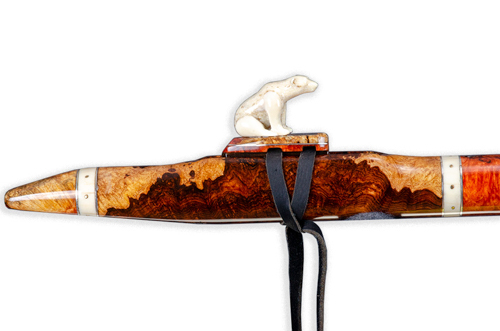 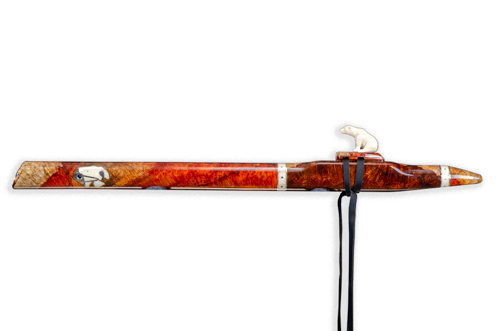 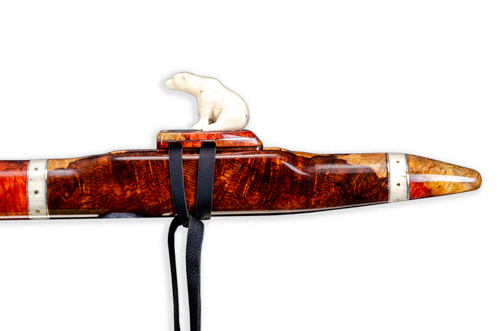 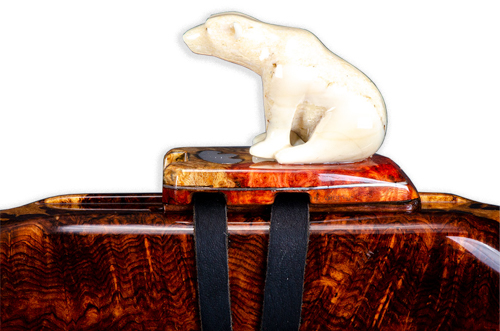 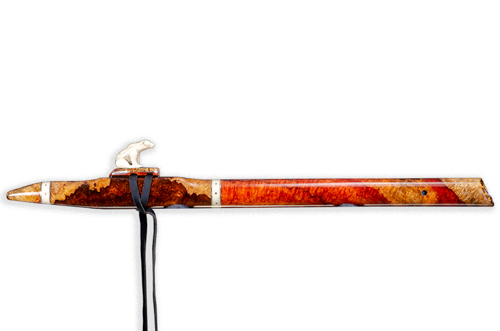 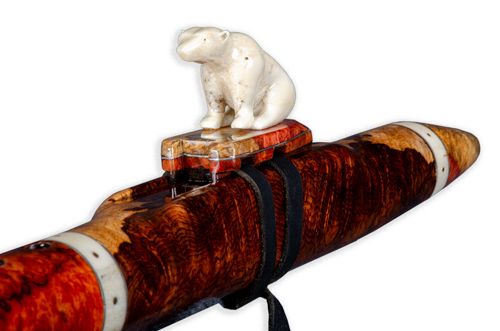 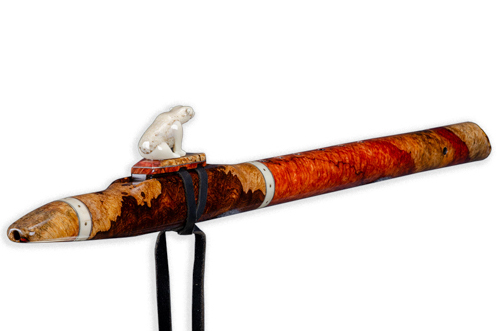 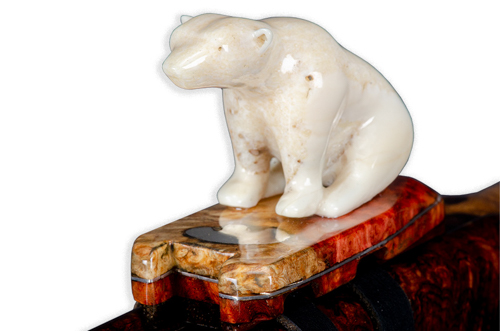 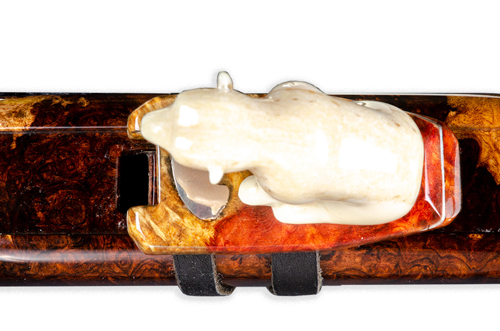 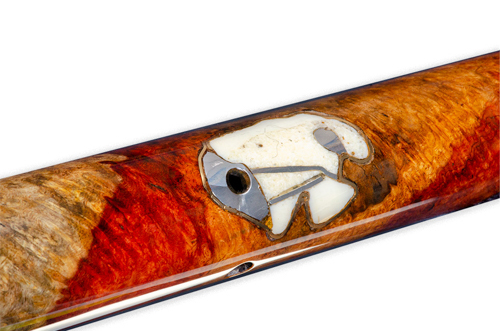 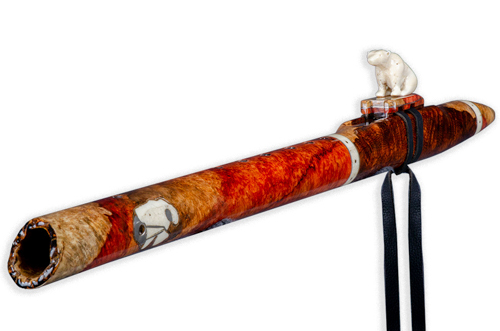 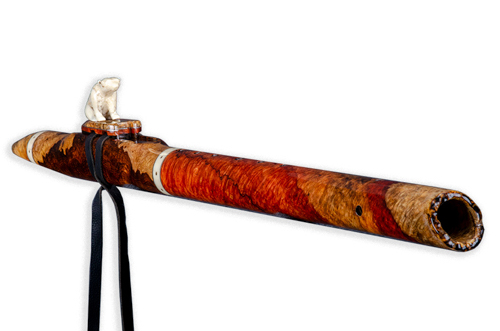 It was 2013 when Brent purchased a slab of Brazilian Rosewood Burl. For the last five years, he has kept the last three pieces of this precious wood hidden away in his office. A dream had began forming in Brent's mind. The idea of creating a flute with a value of $10,000 or more. This was a personal creativity goal for Brent.

In order to reach this goal, Brent institued the Flute Of The Month Club for the purpose of providing a platform for him to contue searching for new and creative designs for his instruments. The dollar value of this flute was set at an intendedly high space so that Brent and the Woodsounds Family would begin pushing their own flute making skills to the point that this flute could be created.

The timing of the flute has been fortunitous. 2022 is the 20 year anniversary of Woodsounds. Reflection is the perfect instrument for this celebratory time.

Currently, Brent has two more pieces of Brazilian Rosewood that could be formed into a flute like Reflection. If you are interested in a flute like this, please let use know right away.

And now a bit about Brazilian Rosewood and Dream Amboyna Burl.

This has caused Brazilian Rosewood to be listed on the CITIES endangered list. In Brazil the wood has been protected since 1967. It has not been allowed to be imported into the United States since 1992.

This particular piece of Burl came from the Dale Nish Hoard that is so famous. Dale was an avid collector of woods collected wood for over 50 years and was also a very famous wood worker. His particular tallents were in wood turning. In the late seventies and earlier eighties, with his sons Brian and Darryl, Dale started two landmark companies. Woodturnerscatalog.com and Treelineusa.com. Brent became friends with people who own and work both companies. Without this friendship, Brent would have never had the opportunity to purchase this Brazilia Rosewood Burl. In 2013 Dale Nish past away, and went to the great workshop in the sky. Though we miss him dearly, we are very grateful for the wood he collected and his son is now selling through his company Wood Turners Catalog.

Talking with Dale’s son Darryl, he told me that every time Dale showed him his wood collection, he would pull out this Brazilian Rosewood Burl and say, “Daryl, this Burl is something special. You need to make sure that it does not just get cut up for making pens or salt shakers.” We here at Woodsounds have endevoured to make the best instruments we can from Dale's Rosewood Burl. I am so pleased to have the opportunity to make flutes from this wood. Thank you Dale and Darryl. This wood is irreplaceable.

It is not just the visual beauty of the wood that makes the wood so valuable. It is the sound that the wood makes.

The wood creates a flute that has all the warmth and fullness of a soft flute. Yet it has all the projection and sound precision expected from a hard, denser than water wood. The overtones are exeption and allow for incredible emotional projection through the instrument through the modulation of breath control. The wood has excellent percussive qualities. When percussively attacked there is a beautiful echo sustain.