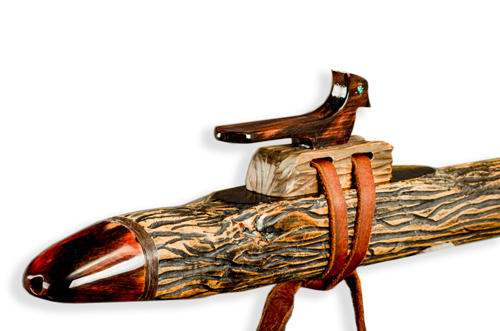 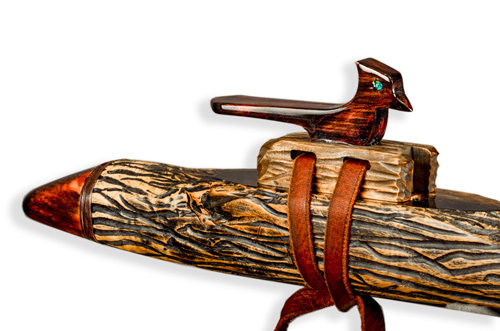 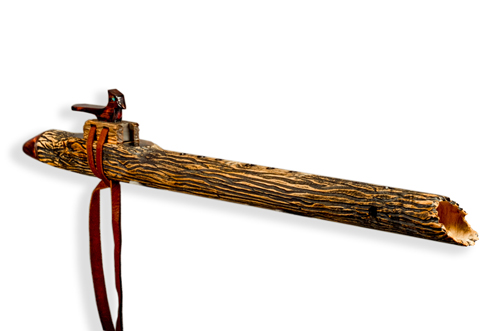 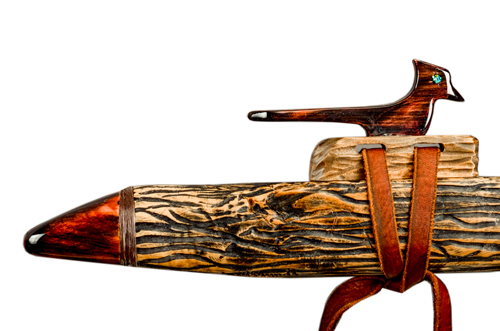 The Rustic flute tells the story of the flute Origin Flute.

Over the years, there are many tribal stories about the origin of the native flute. With respect to them all, here is one of our favorites:

On a near by Indian Reservation, Tribal Elder and story teller, Standing Elk is sitting near a stream on a rock with several children gathered around him. The sunlight weaves through the tall forest and the voice of a hawk cries in the distance. 'Listen, and I'll share with you an old story', Standing Elk said softly. Following protocol to tell a story, he goes on to say, 'As you can see there is nothing between us.' Then, Standing Elk bends down and puts his hand on the ground, feeling the earth. 'Our Mother Earth gives us many things... water, trees, food, and life. All things are born to her and Father Sky... we are all related. Come, sit closer and I'll tell the story of the first native flute.'

'A long, long time ago, there was a special cedar tree that sat upon a hilltop. This tree was hundreds of years old, an elder to the forest, and had been struck by lightning countless times. All of its branches were bare and bark brittle... the tree appeared to be dead, but still stood tall above the valley. Insects of all types came and found a home in the tree, living off its heartwood.

Because of its size and attraction to lightning, local tribes believed that this cedar tree was to be honored, so they performed ceremonies at its base. One night in a tribal village nearby, Dancing Raven, a young brave, had a sad heart because he was in love with a girl who refused his feelings. Her parents did not think that he was right for their daughter and would not approve any courtship.

The wind started to howl, blowing past the young brave up the hill and a mysterious sound from the tree began to echo through the valley. A woodpecker sat on the lowest branch of the tree and was pecking, 'knock, knock, knock... knock, knock, knock', making holes in it. The branch was hollow and the wind blew through it creating a sound never heard before.

A loud noise roared, the woodpecker flew away, and lightning struck the hollow branch sending it in the air to the feet of Dancing Raven. Instinctively, he picked it up and covered the holes with his fingers. Mimicking the wind, he blew through the end of the branch - making a beautiful song on the first native flute.

Heart beating rapidly, he raced through the forest back to the village and played the song for the girl and her family. A short time later they were married, with full blessings from her family and the Tribe.'

Standing Elk finished the story as the children sat motionless with eyes wide open. 'You see', He whispered, 'Even when things appear to be sad, the Creator is always there. Everything is a gift and it's good to remember to be thankful.'