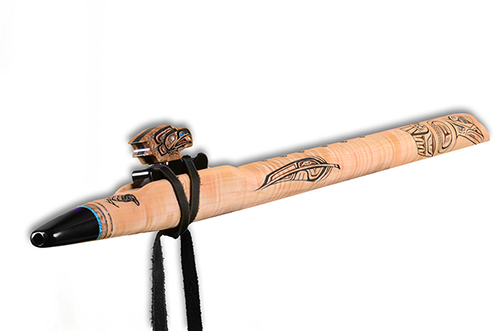 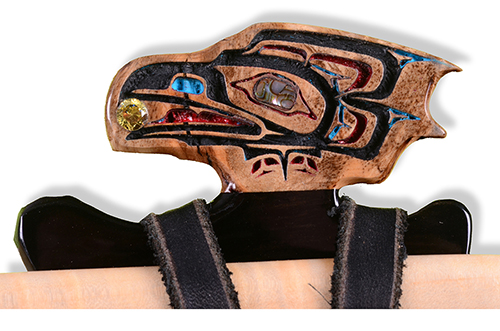 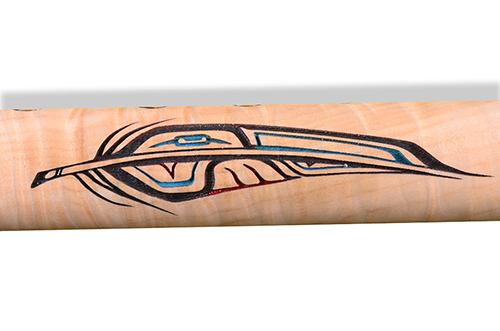 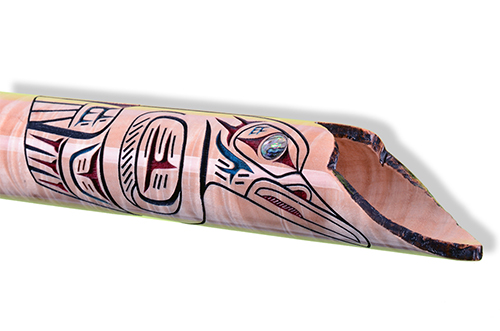 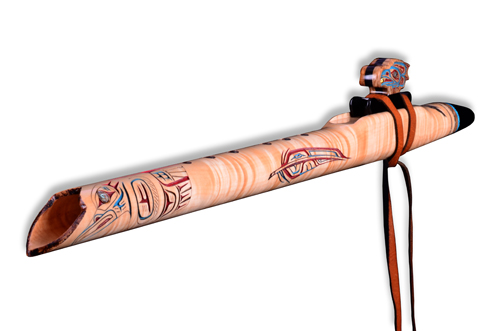 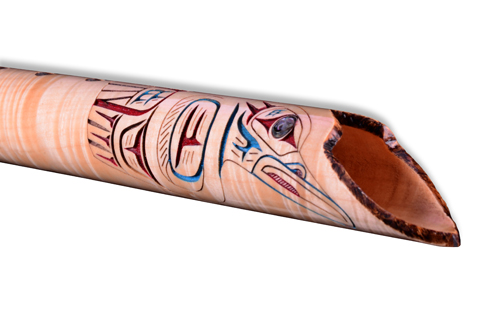 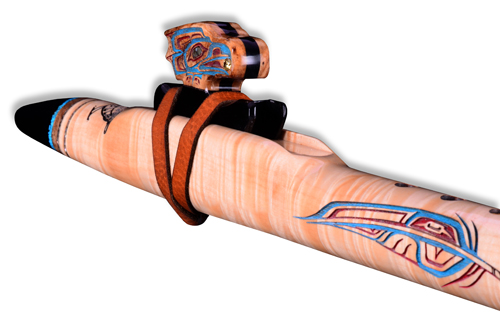 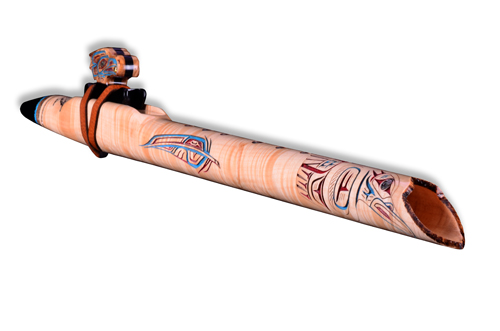 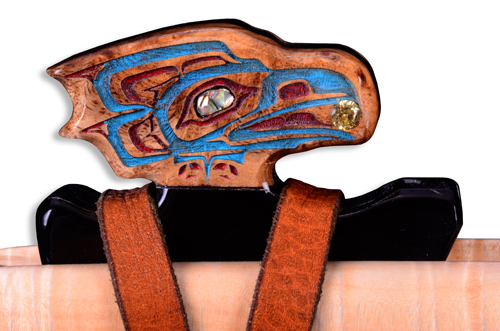 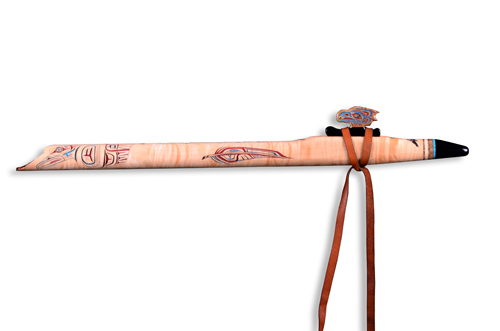 Jeff Ball Signature Flute
For many years Jeff Ball has loved the story of Raven Steals the sun. Here is one such story:

"In the beginning Raven was white as the clouds and Raven was just as much a trickster as he is today. Nothing is so precious to Raven as objects of great shine and beauty. Sun was the greatest of all beautiful objects which shine. Raven waited for a day when there were puffy white clouds in the sky. Within these clouds he knew he could hide is pure white feathers. Raven drew close to Sun to snatch Sun right from the sky. As Raven flew back to his nest where he could enjoy the beauty of Sun, Sun spoke to Raven telling him that the beauty of the Sun was for all to enjoy. The heat of the Sun was to warm each hand and heart. Raven refused to release Sun. The thought of having all this beauty for his own was simply too much. Too much too was the heat of Sun. Sun burned hotter and hotter until Raven’s feathers began to turn black. With just the edges black, Sun asked again to be released. Raven could not let go. Sun grew hotter still. Raven’s feather burned black all the way through and were just beginning to burn off when Raven could take no more and let Sun go. Back to the heavens Sun returned. Feather blackened, Raven returned to his nest. "

Jeff Ball has long identified with the Raven. In fact the first time that Jeff and I met he purchased a flute that I had made that has Ravens painted all over on it. The funny part of the story is that at the time, I was very wet behind the ears and did not know who this famous person standing at my table was. He was so gracious and simply went about the purchase as if he were just a normal client.

In the years to come, I have come to have a deep abiding respect for Jeff and his music. Jeff's CD, Live From the Edge is the first CD in which he uses all Woodsounds Flutes. It is also his first all live album.

Several Years ago, Jeff and I began to discuss the possibilities of a Signature flute. It has taken us two years to finally figure out all the details. I am so glad that we took our time with this! Wow! What a flute!

The Curly Silver Maple Flute is the perfect flute body for the Northwest Cost art. The end of the flute is a Raven with eyes of Abalone. The Raven Head Totem also has eyes of Abalone and also had a sun in its beak of Citrine Gem!

While I am hand painting these flutes I am often thinking of the totem poles I used to see up in the Northwest were I used to live. I love the art of the Pacific Northwest and am drawn to the beautiful lines and shapes used. It is a real joy to me to personally create the artwork on these flutes. I hope that you enjoy it as much as I do and I hope that I am able to figure out a way to show it off to you so that you can see it more like it looks in real life. This is a flute that unfortunately pictures just do not do justice.

This series is limited to 15 flutes.